Syrian Refugees in Turkey Particularly at Risk of Sexual Exploitation

This is What We Know

In 2017, major protests occurred in Turkey after the proposal of a bill that would have postponed the sentences of child sex offenders if they married their victims. In response to the outrage, the bill was withdrawn, but in January 2020 the government announced plans for a similar new bill to be introduced.

ECPAT International’s new briefing paper highlights these worrying events in its calls for the government to address the enduring issue of child marriage in the country. Other challenges also presented in the paper include addressing conditions facing some child refugees, and calling for data on all forms of sexual exploitation of children in the country to be publicly available, so that children can be properly protected.

The briefing paper is based on research published in the Economist’s Out of the Shadows Index, which looks at government responses to fighting sexual exploitation of children, as well as completed research from ECPAT’s upcoming Country Overview Report on Turkey. Turkey scored 56.7/100 in the Index—the same score as the Philippines and just below Uganda (57.3)—placing the country 18th out of the 60 countries assessed.

Over the last six years, Turkey has been trying to keep up with the challenge of receiving and hosting millions of refugees from neighbouring states. The influx of refugees means that a population now exists in Turkey that are vulnerable to exploitation, including children. This vulnerability is caused by the extreme poverty and instability refugees face all over Europe. (Child poverty is not limited to the refugee population though; the relative poverty rate of Turkish households was as high as 22.6% in 2018).

Turkey has the highest number of refugees worldwide—approximately 4 million refugees resided in Turkey as of November 2019. In July 2019, it was estimated that 1.4 million of Turkey’s refugees were under the age of 15. Refugee children in Turkey are particularly vulnerable to two manifestations of sexual exploitation: early and forced marriage and exploitation in prostitution. 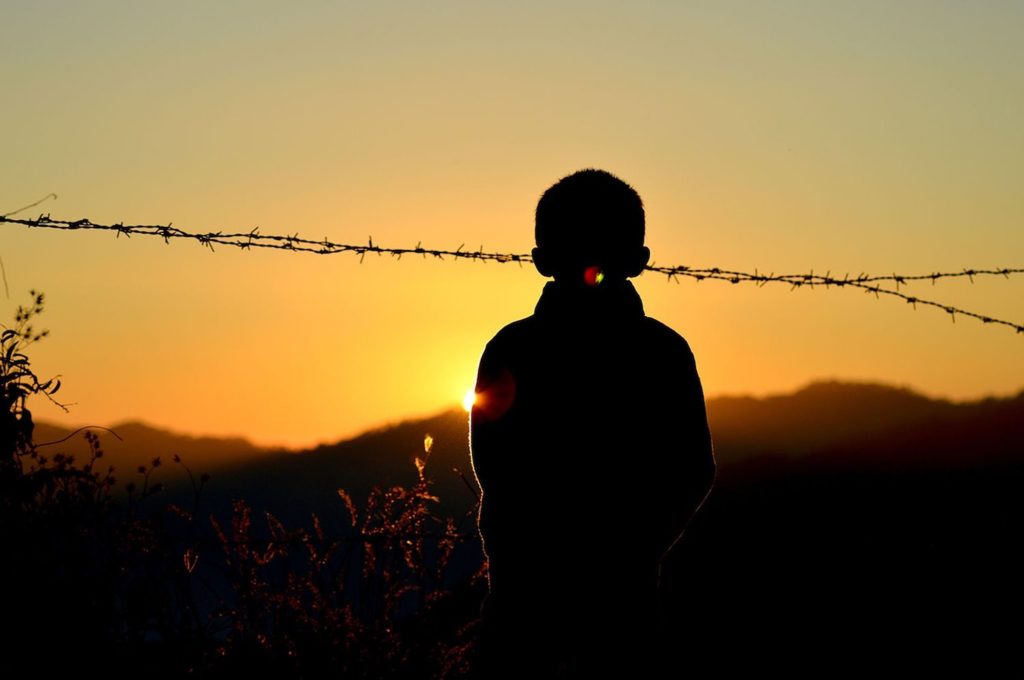 Of Turkey’s 4 million refugees, 3.6 million have come from Syria. In rural areas of Syria, where most refugees in Turkey are from, child early and forced marriage is prevalent, and the practice appears to continue amongst the Syrian refugee population in Turkey.

3.6 million of Turkey’s 4 million refugees come from Syria, where child, early and forced marriage is prevalent.

Due to the unimaginable circumstances that some Syrian refugees have faced for the last six years, in addition to the limited economic opportunities they face, some families see no alternative than early marriage, particularly for girls.

Some refugee families allow their children to marry Turkish nationals in return for payment and a reduction on their own financial burden, such as providing food or necessities for their children.

Some refugee families allow their daughters to be married to Turkish nationals in return for payment.

The lack of economic opportunities for those in refugee camps is also exploited by criminal networks, which have been reported to pressure young Syrian women into sex work, especially prevalent among adolescent girls. 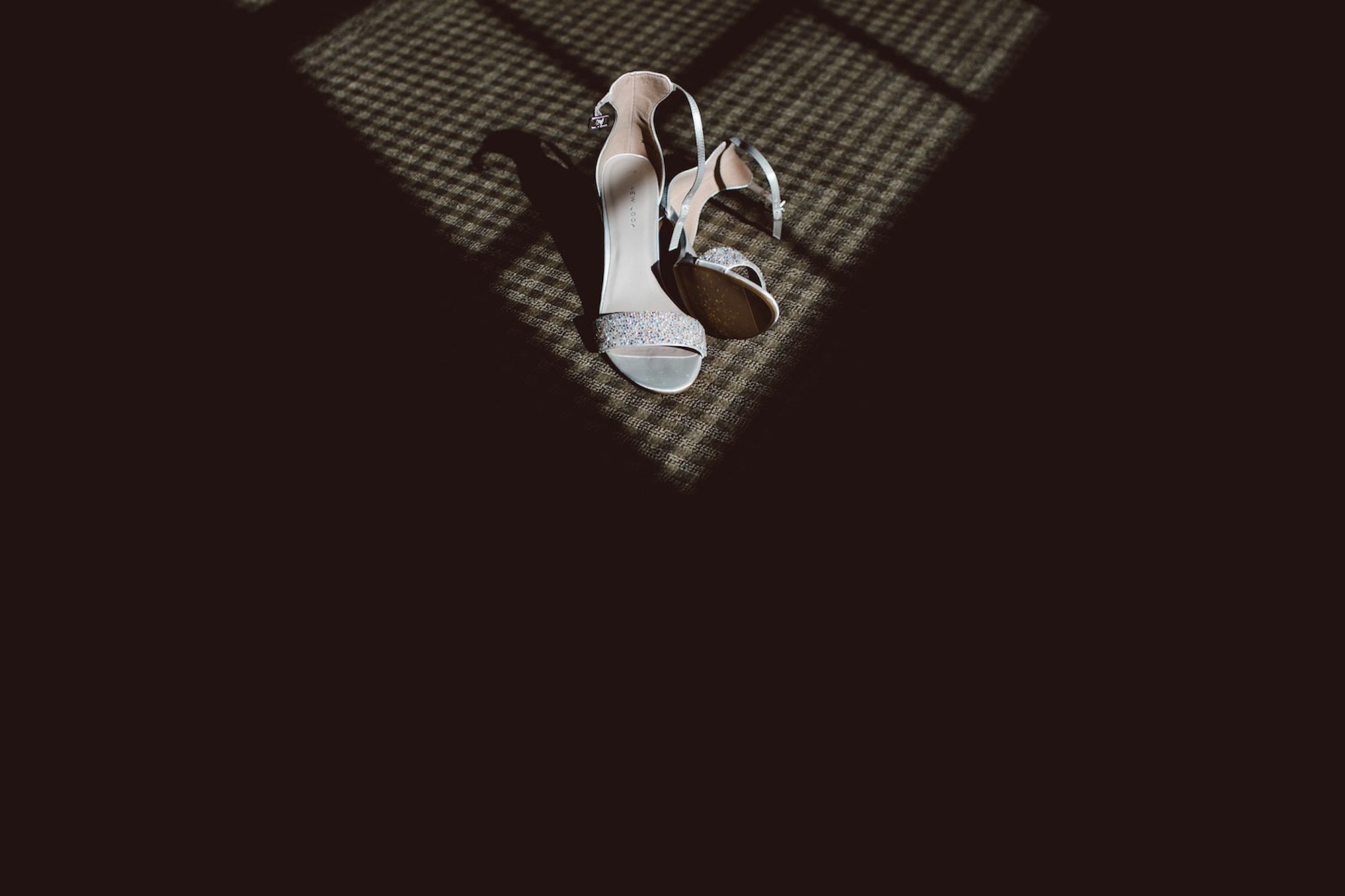 Child, early and forced marriages are still occurring in Turkey, with some marriages being permitted for children who are younger than 18.

The ECPAT Briefing Paper cites data from the 2018 Turkish Demographic and Health Survey illustrating that 2% of Turkish women aged between 20-24 were married by 15 years old, and 1.1% of girls aged between 15-19 reported they were also married by the age of 15. Because Turkish legislation still allows child marriage to occur in some instances, Turkey received a score of 0/100 for the Out of the Shadows Index’s child marriage indicator. 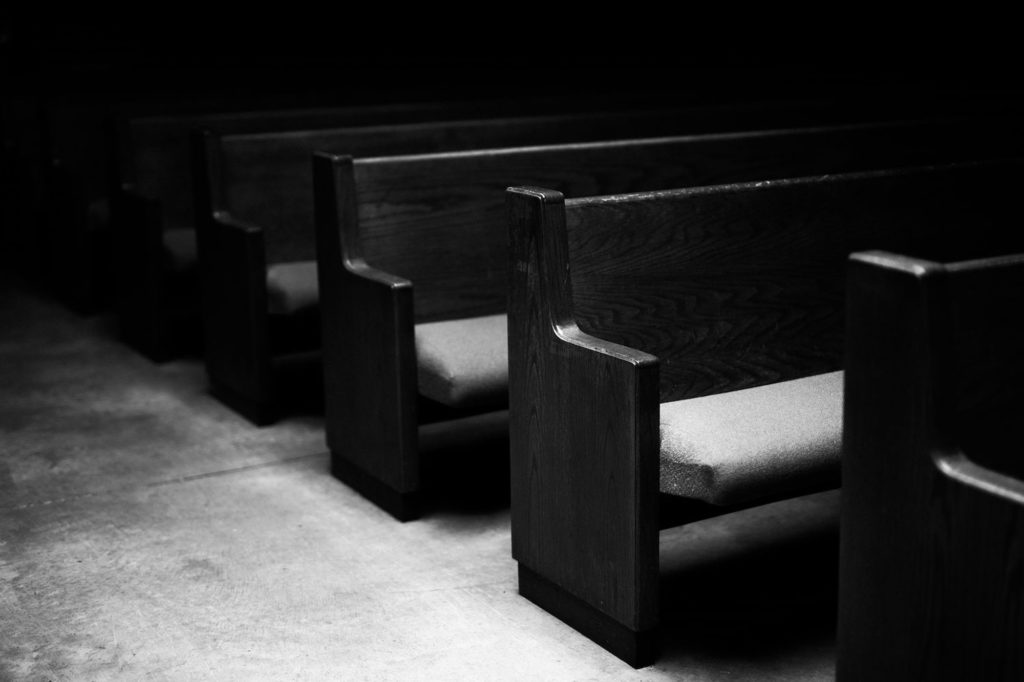 The legal age of marriage in Turkey is 18 years old for both men and women, however some exceptions allow younger children to get married. Article 124 of Turkey’s Civil Code states that a boy or girl can marry at 17 as long as they have parental consent. The same article also permits judges to allow marriages for children at age 16 in certain instances, however these exceptions are not defined and are at the discretion of the judges.

In 2016, the government introduced a bill that would have postponed the sentences of convicted child abusers if they married their victims. The bill was later withdrawn due to widespread opposition and public pressure. However, in January 2020, it was announced that a similar bill is being brought forward to the Turkish parliament. Not only would this bill legitimise child marriage and statutory rape, it would increase the impunity of abusers and create the perception that sexually exploiting and abusing a child can be somehow excused.

Can Children be Properly Protected…

…When there is little information on how they are exploited?

On child victims of trafficking, the data that is available to the public does not distinguish different types of trafficking that children can face—if they are being trafficked for the purposes of sexual exploitation or for other forms of exploitation such as forced labour, slavery or organ removal.

Data is missing on child sexual exploitation rates in the country.

Since 2002, The Turkish Statistical Institute has released numbers that measure the number of children who are married annually. However, it is unclear whether these figures also include Turkey’s refugees—one of the most vulnerable populations. The current lack of publicly available data makes it very difficult for civil society organisations as well as authorities to plan and implement targeted prevention programmes, or to develop responses for the children affected. 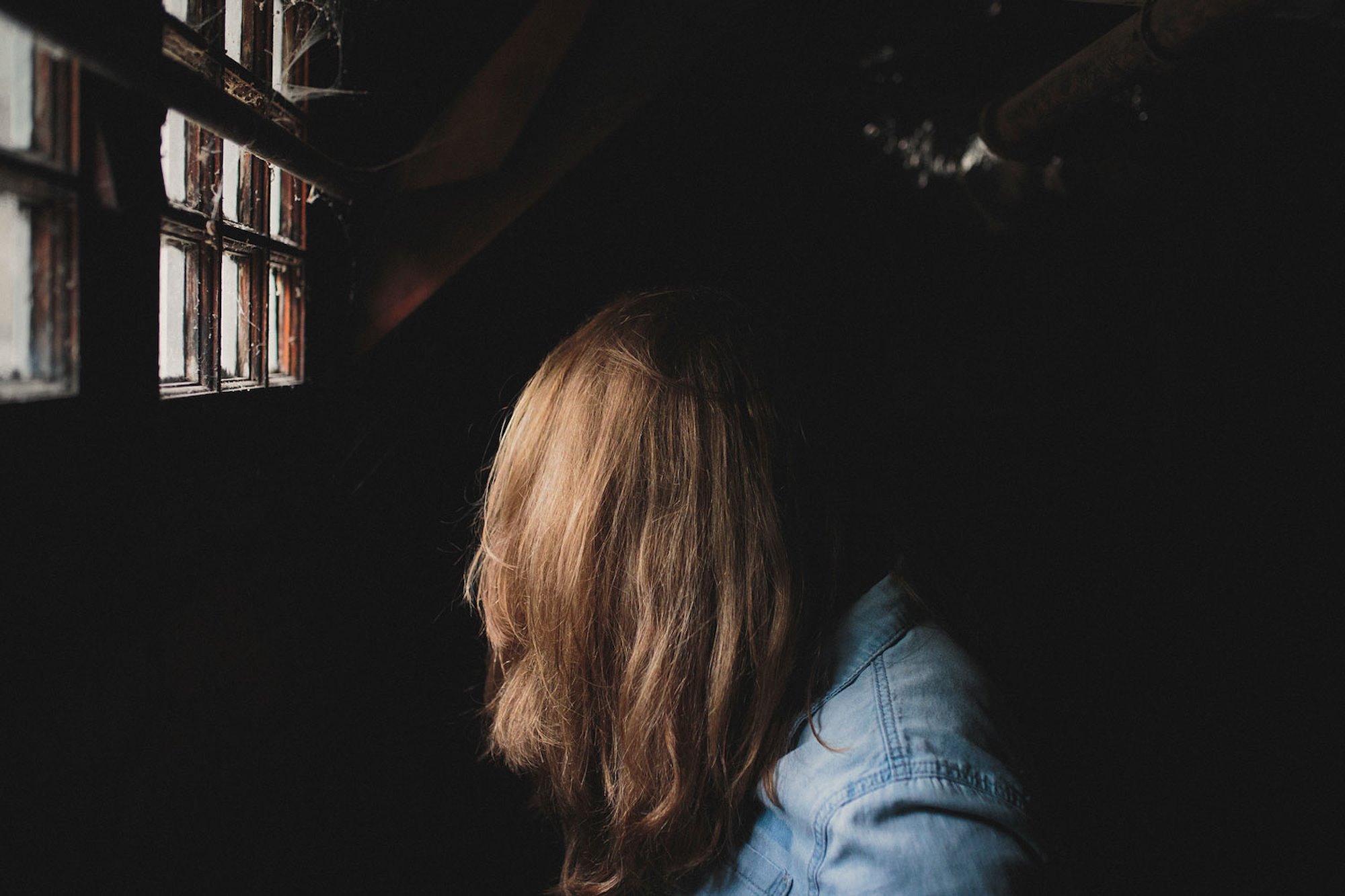 Turkey does not have a dedicated plan or policy to specifically tackle the sexual exploitation of children, but their response to the issue is addressed in plans to reduce violence against women and human trafficking. The country has scored 50/100 for the national plans and policies indicator of the Index. Turkey’s 2016-2020 National Action Plan on Violence Against Women covers sexual violence against children, and lists a specific goal for combatting child early and forced marriage:

Therapy and treatment for children who are exposed to violence, as well as dedicated centres where experts provide support and service particularly for victims of sexual violence—are part of the country’s national strategy.

A 2018 report on the government’s response revealed that there have been some positive achievements made in providing some services, such as creating district coordination committees in geographic areas that are particularly vulnerable to child, early and forced marriage. In addition, the preparation of a dedicated plan on child, early and forced marriage for 2019-2023 was announced, expanding on the work started already by the National Action Plan on Violence Against Women. However, as of February 2020 there is no publically available data on implementation.

An example of some of the strong responses to sexual exploitation of children is the Turkish Red Crescent Society’s information sessions with adults and children on the dangers of child early and forced marriage. In total, they reached 64,788 children in 15 different provinces in Turkey between March 2017 and June 2019.

The circumstances civil society organisations face in Turkey have at times been challenging—including for those focused on human rights as many of their activities are halted or curtailed. Many NGOs face difficulties with funding and having very little capacity to conduct their activities. NGOs should receive more support, as well as the ability to participate in decision-making processes for social programmes with the government. 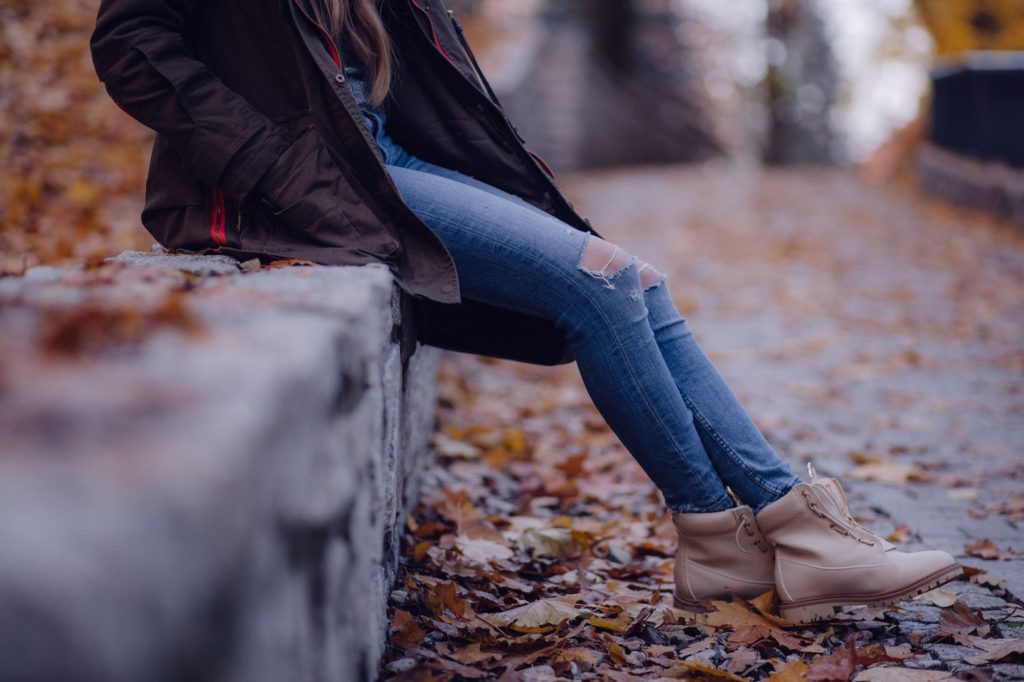 NGOs are Facing Severe Financial Pressure To Continue their Activities

Turkey scored 75/100 on the Index’s indicator on frontline support workers, which relates to the availability of professional support and guidance to support welfare workers, but only 30/100 on civil society engagement, which relates to the provision of services from NGOs, foundations, non-profit organisations and community associations. The discrepancies in these scores highlight that good practice does exist, but there are still limitations in the breadth of operations.

Media awareness of child sexual exploitation is encouraging in Turkey. The Turkish Journalists’ Association has provided guidelines for journalists reporting on cases involving sexual violence against children as part of its “Code of Conduct for Journalists”. Turkey received a score of 100/100 for media industry engagement in the Index. 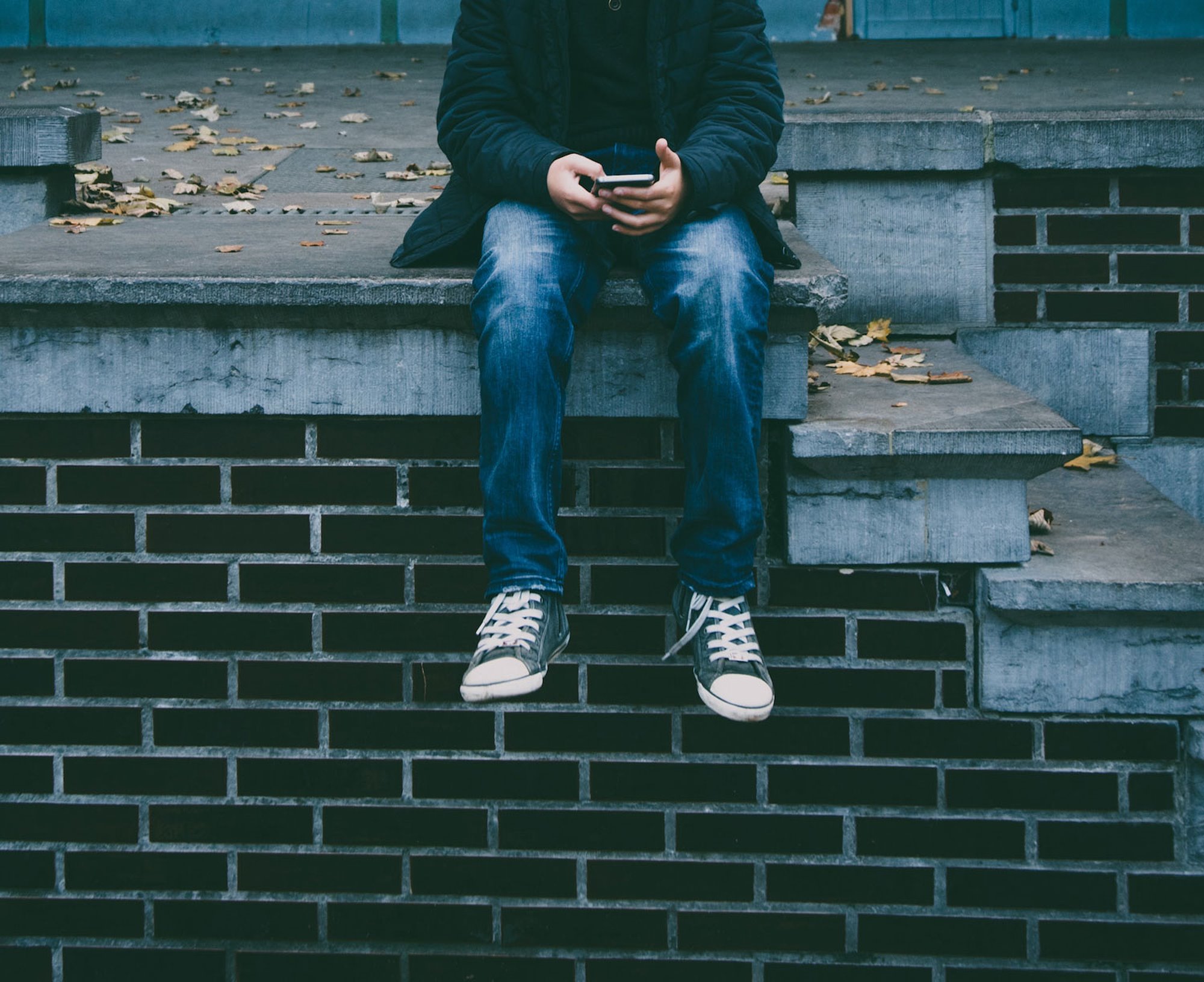 According to the latest statistics released in December 2019 and referring to 2018, 71% of the Turkish population is using the internet, and there are 97.3 mobile phone subscriptions per 100 people. Despite this, other than a ‘safer Internet service’ plugin offered by Internet Service Providers, there is not much evidence that shows Turkish internet companies’ efforts in raising awareness of the dangers of online sexual exploitation.

The limitations in evidence on the part of technology companies’ efforts partially explain why Turkey only scored 33/100 for the engagement of the technology industry in the Index.

Turkey is a popular travel destination for travellers. There were about 51 million tourists arriving in Turkey in 2019 as well as 3,934 travel agencies registered across the country. However, only two Turkish companies are members of the Code of Conduct for the Protection of Children from Sexual Exploitation in Travel and Tourism (The Code), an initiative which trains the travel and tourism industry to recognise and respond to cases of sexual abuse and exploitation of children. There is room for improvement in Turkey’s travel and tourism sector’s responses to preventing the sexual exploitation of children.