“Even acknowledging that they have been violated is considered to be an emasculating thing.”

ECPAT International’s newest report looks at the sexual exploitation of boys in Sri Lanka. The report reveals how male children and SOGIE diverse children who have experienced sexual exploitation have little choice but to adapt to exploitative, abusive and traumatic situations. Behavioural scripts limit their ability to express feelings of hurt, fear and vulnerability or to seek help.

The Sri Lanka report, the third under the Global Boys Initiative, following South Korea , and Thailand. Together with PEaCE/ECPAT Sri Lanka, we explored the factors which puts Sri Lankan boys at risk of sexual exploitation, where the gaps are in the country’s support systems, and what needs to change.

Our research included a detailed survey with 54 workers who are on the frontline of providing support to children in Sri Lanka, and a careful analysis of Sri Lanka’s laws and how they protect boys from sexual exploitation.

Why are boys sexually exploited in Sri Lanka?

Workers tended to be aware of the issue, but they mainly only spoke about the sexual exploitation of boys in tourism settings, and were less sure of the issue in the broader community. This was despite workers’ survey responses indicating that adult relatives, adults within the community and people within the community with authority were far more common offenders than foreigners. Some frontline workers acknowledged that the sexual exploitation and abuse of boys in family and community contexts is underplayed, as one commented: 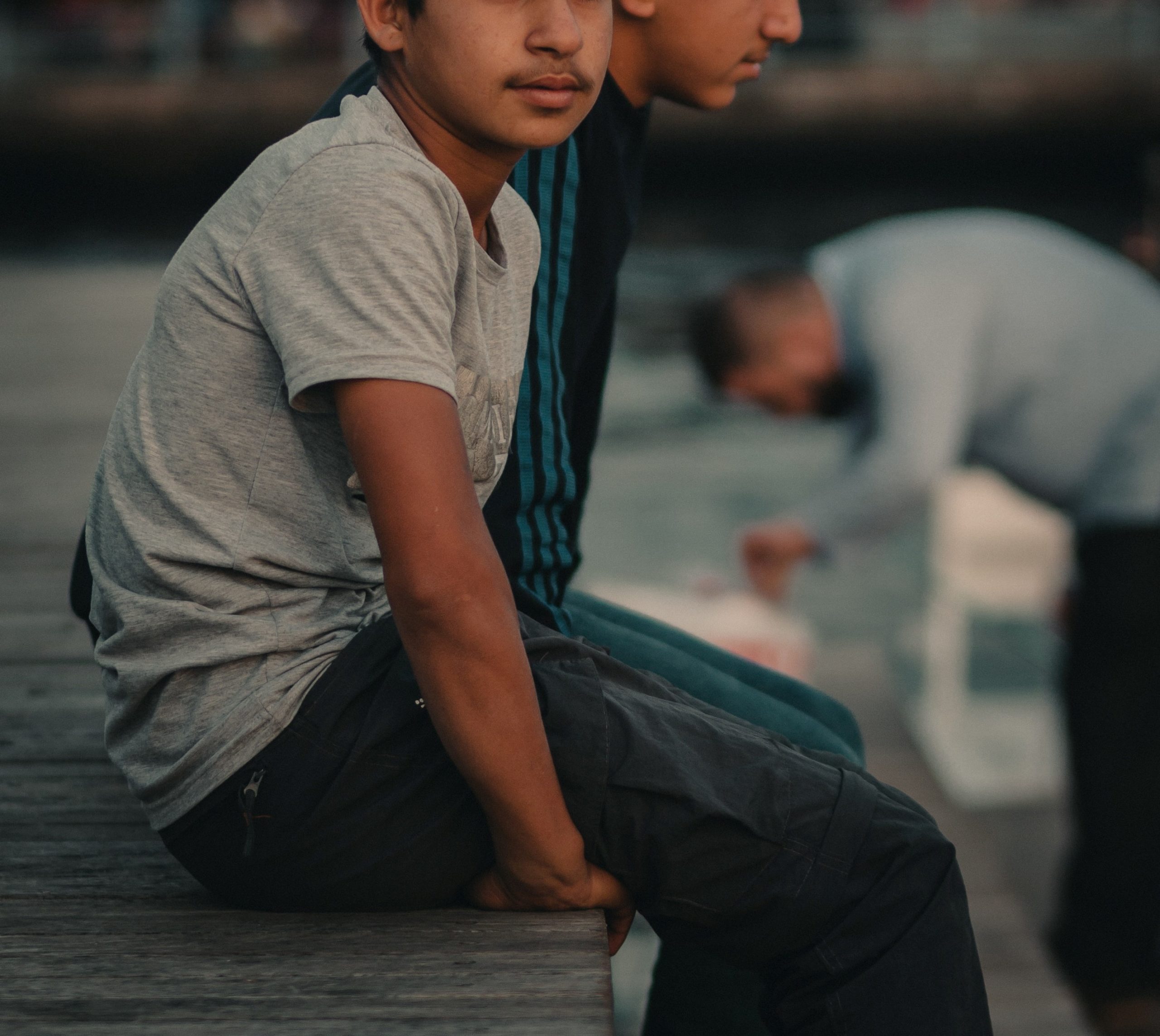 Misconceptions that boys are “willing participants” in their own exploitation

In Sri Lanka, when abuse of boys is recognised, people tend to perceive that the boys somehow let it happen. Some frontline workers in our study implied or directly indicated boys’ “willingness” as a factor when talking about child sexual exploitation where money is exchanged.  But let us be clear. No child can ever ‘give permission’ to be exploited by an adult. It is always the responsibility of adults to ensure that a child is not sexually exploited, under any circumstances.

Another support worker shared how a lack of awareness about sexual abuse, combined with existing gender norms, may reduce protective behaviours and allow people to justify the exploitation of boys:

“[there is a] lack of awareness [among] parents on the impact of the sexual exploitation of boys. Due to poverty, this is [seen as] a way of earning money [since] the boys do not get pregnant.”

Beliefs about what it means to ‘be a man’ silence boys

“There is a huge reluctance for boys to talk about their experience because asking for help or even acknowledging that they have been violated is considered to be an emasculating thing.”

Sri Lankan boys grow up with expectations that males are strong and protect themselves.

That men don’t ask for help. 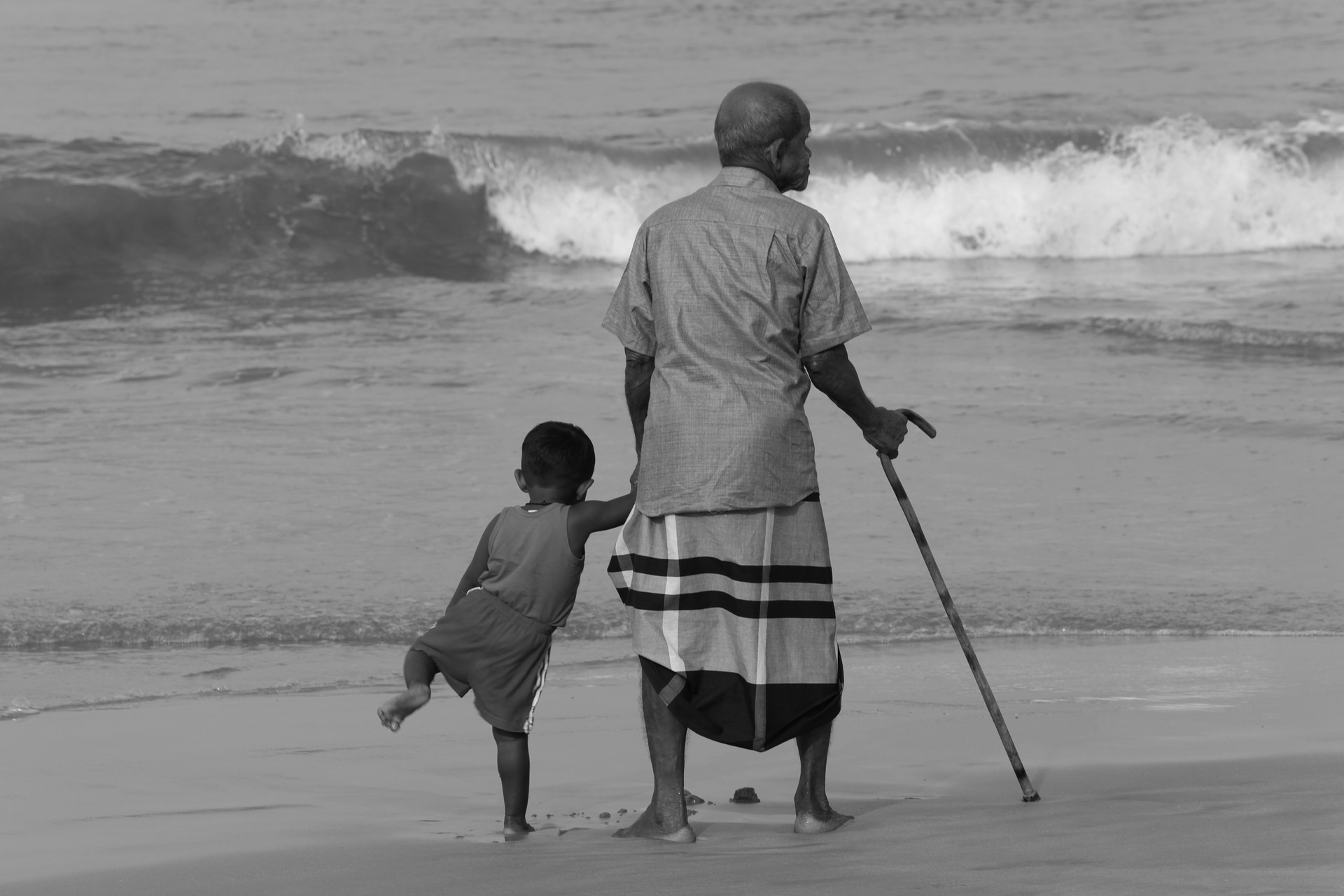 Support workers reported that the most serious problem boys told them they faced was the stigma and shame associated with their abuse. Thirty percent of workers noted that a ‘culture of silence’, stigma, and shame were major barrier to boys disclosing that they have been abused. One worker noted how serious boys perceived repercussions could be, if they talked to others about the abuse or exploitation:

“[They are] feeling ashamed to face society. Revealing the incident [of CSEA] could endanger his life. [He is] fearing that his loved ones will despise him.”

These findings are in line with what the findings of previous research conducted with male survivors of sexual violence in Sri Lanka, which found that public allegations are often met with denial and survivors are subjected to ridicule. 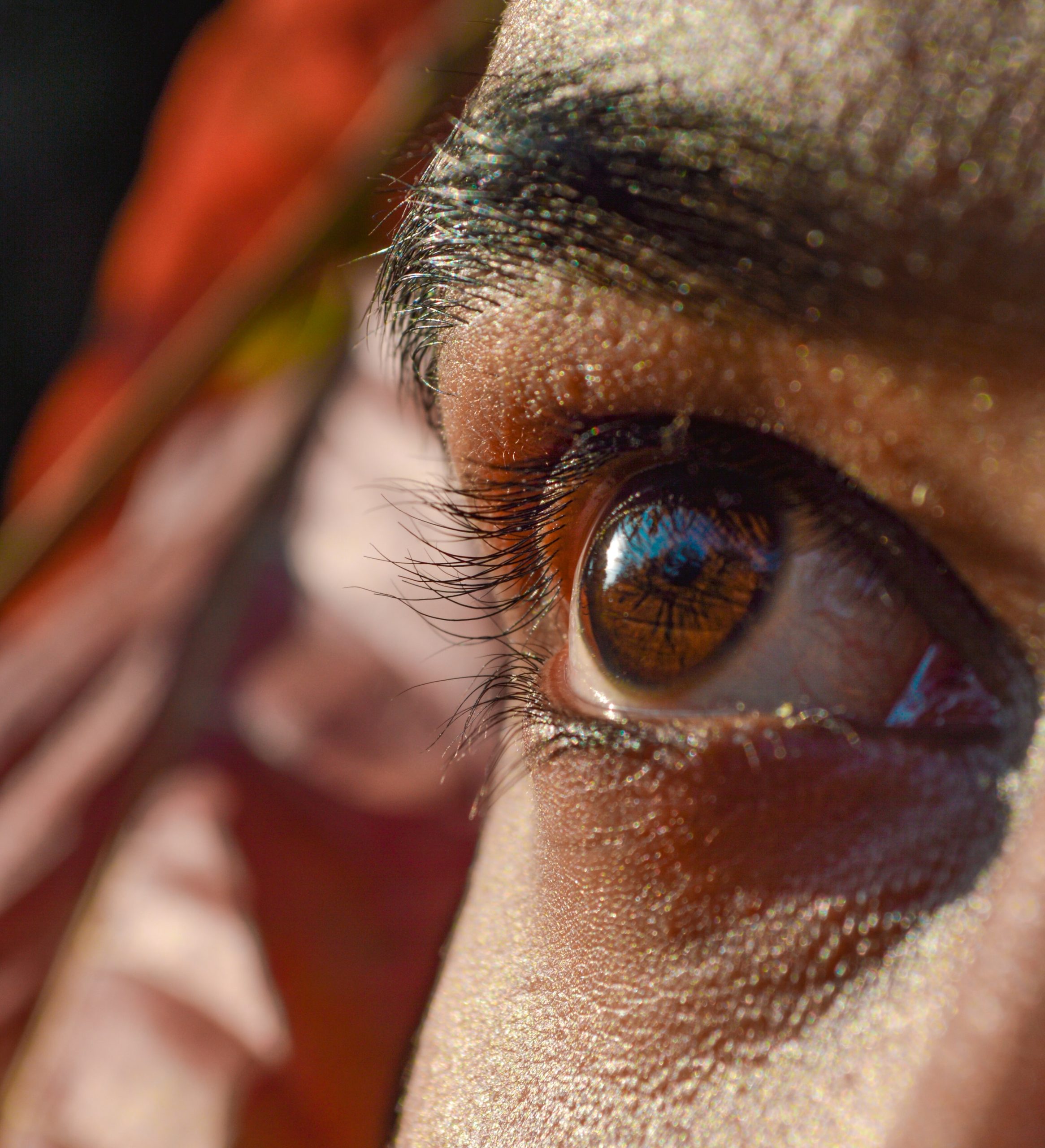 Other workers also noted that boys fear legal repercussions if they disclose their abuse:

“Traditional beliefs and generational gaps have isolated children [who have experienced abuse]. At the family level, children are reluctant to talk about exploitation with family members due to incompatibility between family members. They [also] fear that they may be charged or blamed.”

These fears will further isolate exploited boys from adults who may help them, increasing the potential for exploitation to continue, and keep it hidden.

Overall, our findings suggest that unfortunately, many boys see that there are many risks and very little to be gained by disclosing that they have been sexually exploited.

Our legal analysis identified big limitations in the protection afforded to boys in Sri Lankan law. For example, we found that legislation does not recognise that males can be raped. The prohibition of statutory rape applies only to girls (under the age of 16 years).

Sexual contact between people of the same sex is illegal in Sri Lanka. This may prevent boys who have been victimised by male offenders from disclosing their abuse for fear of being criminalised. Previous research has identified harmful attitudes towards homosexuality in Sri Lanka, where there is sometimes a tendency to conflate homosexuality with sexual violence against men and boys, as well as cases of violence against diverse SOGIE individuals.

But in reality, these attitudes harm boys and puts them at risk. They enable male offenders of boys to take advantage of boys’ silence, and allows them to continue abusing boys unnoticed and act without fear of being punished. 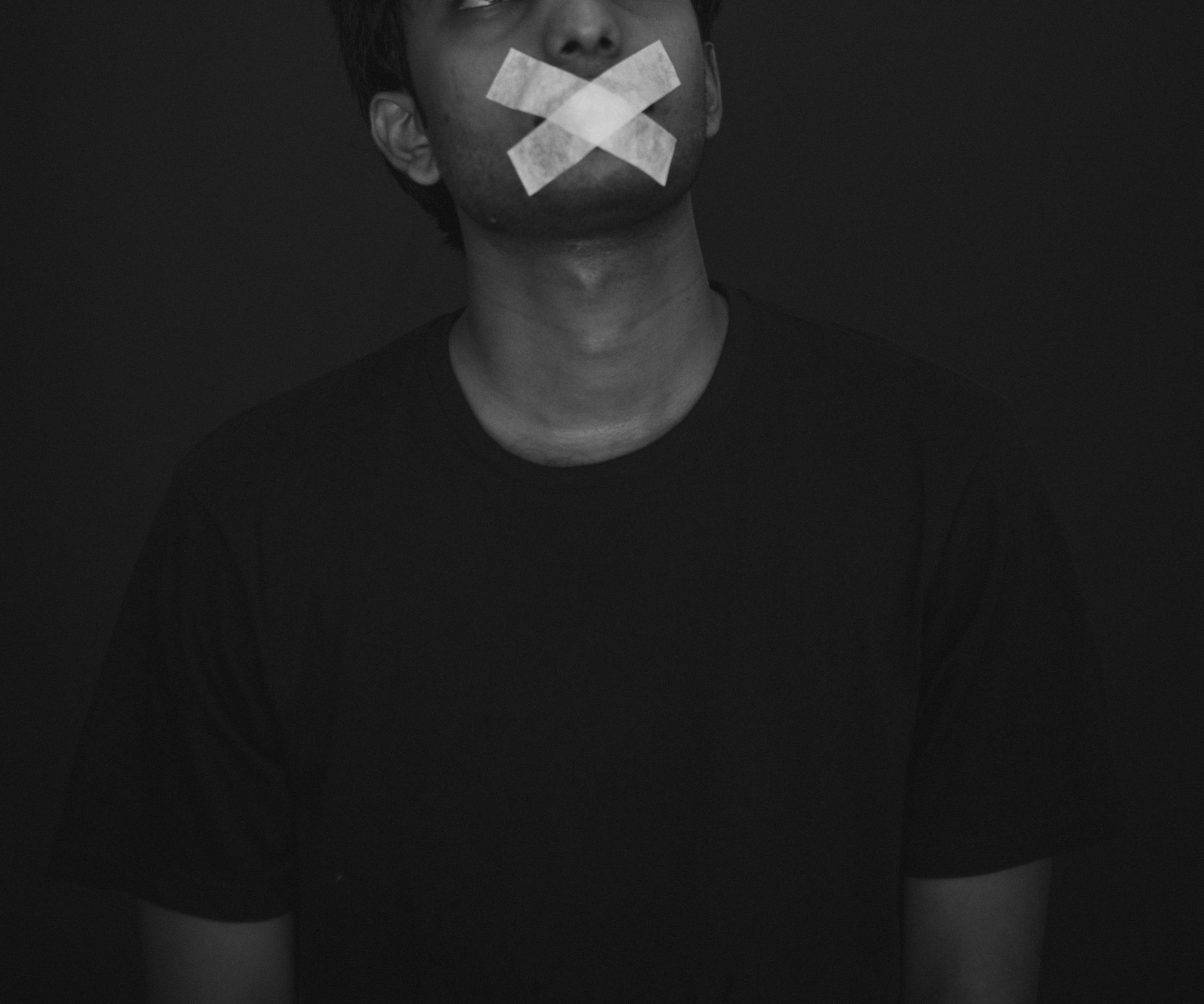 The term ‘SOGIE’ stands for ‘Sexual Orientation, Gender Identity and Expression’. It can include diverse sexual orientations, such as gay, lesbian and bisexual, and people with diverse gender identity and gender expression. Many of us understand gender as a binary (men and women), but there is a range of ways that people understand their gender, especially in different cultural contexts. For example, gender can be described outside ‘man’ and ‘woman’ with terms like ‘third-gender’ which are not the same as either man or woman but include both elements.

Despite these significant issues, support workers were relatively silent in questions related to support for children of diverse SOGIE. Three participants indicated that their organisations provided ‘LGBT-specific support’. One worker noted that these vulnerable young people were in great fear of disclosing incidents because they are “terrified of being victim-blamed due to their sexual orientation or gender identity.”

So what do boys in Sri Lanka need?

Our Sri Lanka report concludes with some extensive advice on the way forward. For example, some simple steps could be: