Boys in Thailand Would Stop Selling Sex if They Could

Read the Story in Thai

In recent years, it has become increasingly clear that there is a gap in knowledge about the sexual exploitation of boys, as the research available tends to focus on girls. The little research that does exist indicates that boys are much more impacted than commonly thought in some situations. For those who identify with diverse sexual orientation or gender identity, things tend to be even worse.

That is why ECPAT in 2020, carefully talked with 20 young people of ‘diverse SOGIE’ who are exchanging sex, to learn what their life is like. In this group, 11 young people identified their gender as male; six called themselves ‘ladyboys’; two identified as trans women, and one as ‘gender of the alternative.’ They were between 15–24 years old, and the majority migrated to cities from rural provinces in Thailand. The majority had been exchanging sex for over a year and around half started doing so while still children. The team at ECPAT also wanted to understand welfare service providers’ attitudes to working with boys and talked to 65 frontline workers in Chiang Mai, Bangkok and Pattaya. This is what we found.

The term ‘SOGIE’ stands for ‘Sexual Orientation, Gender Identity and Expression’. It can include diverse sexual orientations, such as gay, lesbian and bisexual, and people with diverse gender identity and gender expression. Many of us understand gender as a binary (men and women), but there is a range of ways that people understand their gender, especially in different cultural contexts. For example, in Thailand, gender can be described outside ‘man’ and ‘woman’ with terms like ‘third-gender’ or ‘ladyboy’, which are not the same as either man or woman but include both elements. 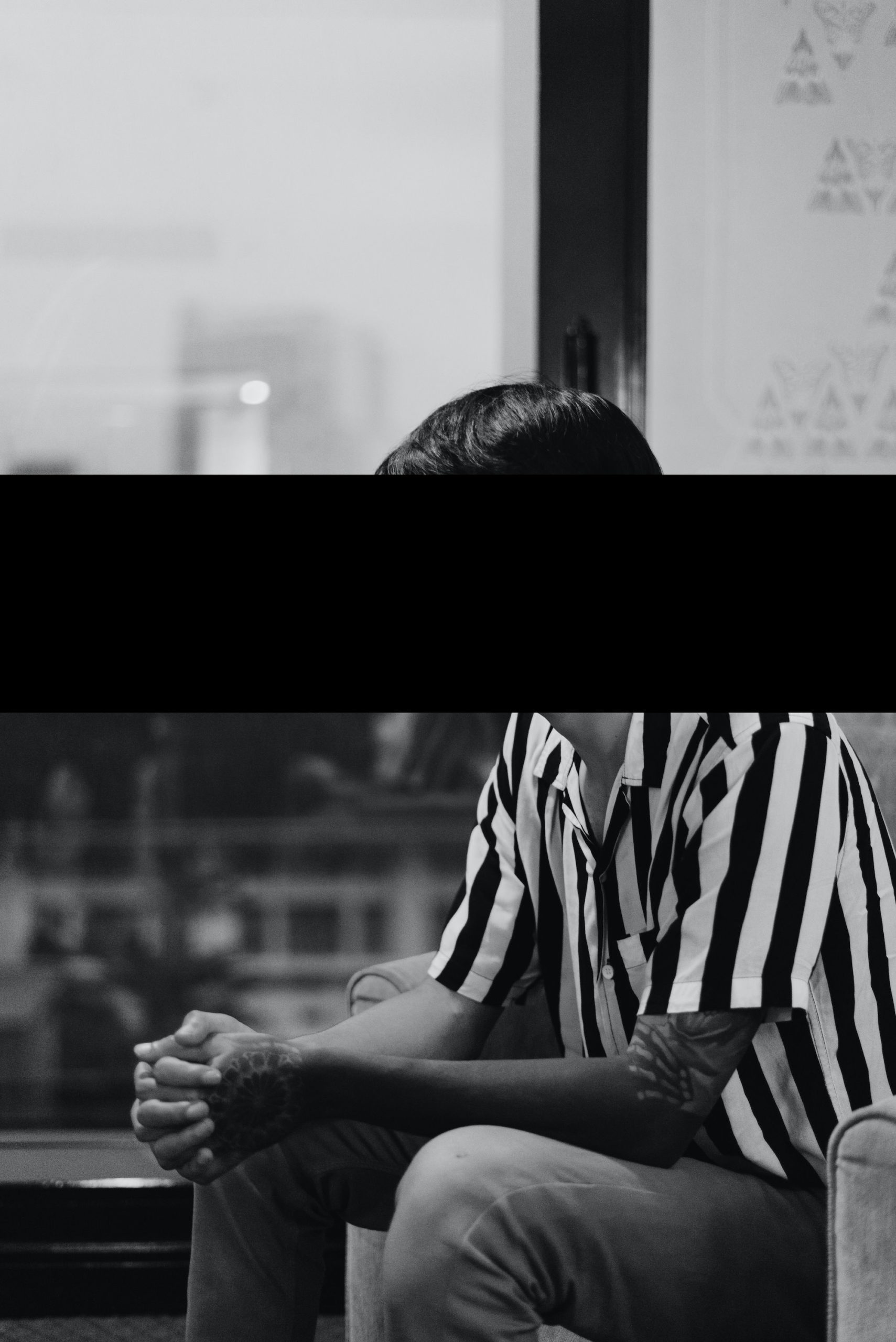 The Young People We Talked To

Most young people grew up in poverty, and their relationships with their families ranged from violent and abusive to loving and accepting. Several were verbally and emotionally abused or excluded because of their sexual orientation and gender identity. This was especially the case for the ‘ladyboys’.

Almost half were children when they first exchanged sex for money, goods, shelter, protection, or status. The youngest was 12 years old. Some were introduced by friends who were already doing it; others felt it was their only way of making enough money to survive. One ladyboy said she felt forced to sell sex because ladyboys are often discriminated in the job market.

Your first time was when you were 12, right? How did you feel?

I was quite scared. I was sitting there while the client drove past. He parked his car and came to approach me. He asked if I wanted to go with him. He said, “It won’t take long, and I will give you money”.

Does your mom know where your income comes from?
I told my mom about it. My mom doesn’t say anything. /…/ She is okay with it and I have to do this kind of job anyway. I also give her money.

The term ‘ladyboy’ in English, or ‘katoey’ in Thai (กระเทย), is sometimes used in a derogatory way, often to demean or belittle. The Thai term ‘sao brapet song’ (สาวประเภทสอง) also means ladyboy (translates to “woman type two”) and is more polite. Some prefer to identify using the term ‘ladyboy’, others the term “third-gender” (สาวประเภทสอง) which is a more supportive and neutral way to describe non-binary people.

Boys are Exploited Wherever is Most Convenient for Offenders

Most young people said they would go to a hotel with their clients, but those who worked in venues such as massage parlours and karaoke bars, said there are often rooms they can use to perform sexual services. Others were open to going where it was most convenient for the customer.

When you go inside the ladyboy’s bar, the ladyboy will wear the bikini and dance. If the customer comes or foreigner customer comes in to see the show, they will choose someone that they like to come to sit with them and have a drink, and if they would like to take you out, they will take you out with them. By that time, I felt like giving up. I thought that my life needed to end. 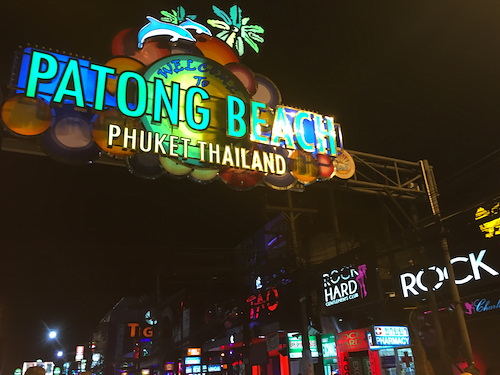 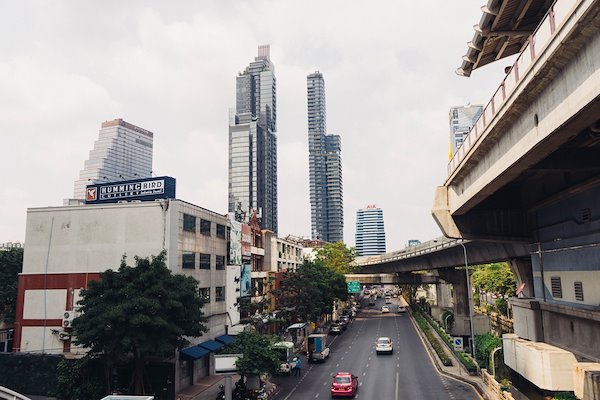 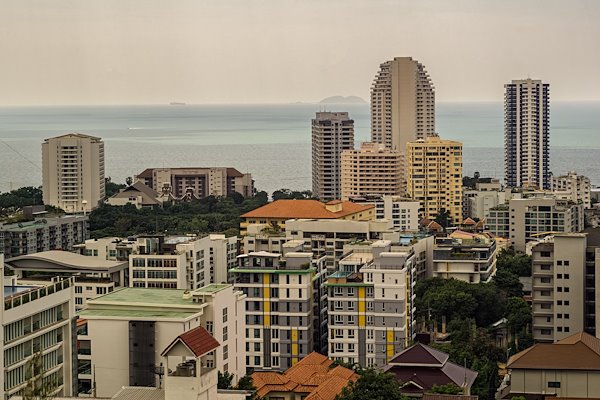 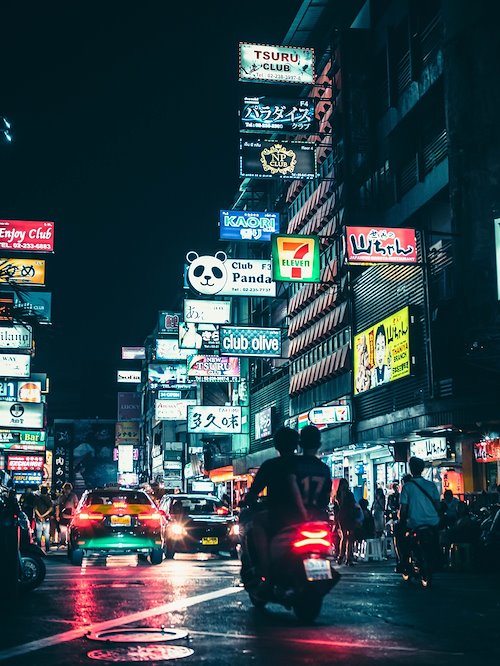 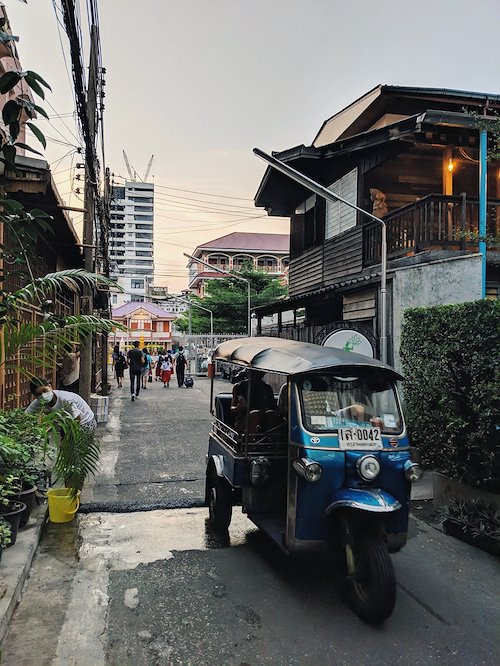 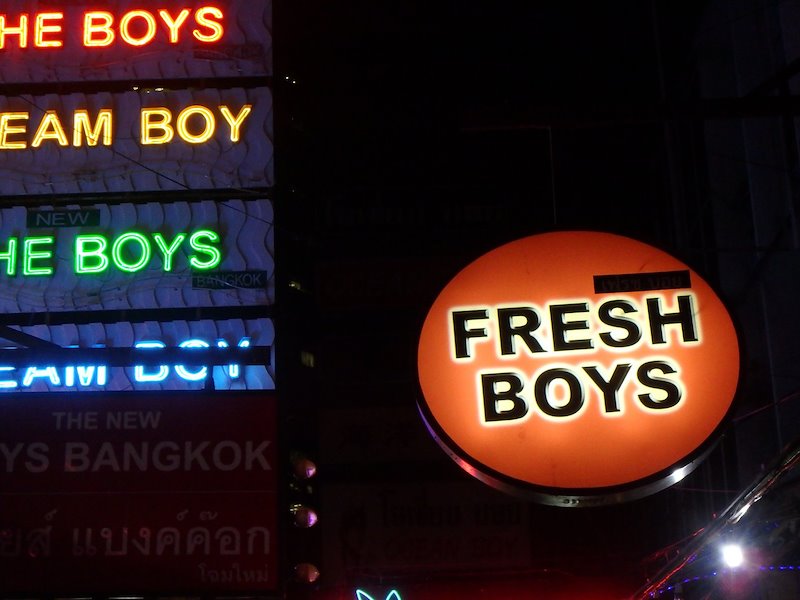 Some Boys Have ‘Safety Plans’ Due to Fear of Sexual Violence

Most of those we spoke to did not volunteer to say whether they had been sexually assaulted or raped — and for ethical reasons, we did not directly ask them. We wanted them to share what they were comfortable telling us. One ‘ladyboy’ told us about one client raping her while the client’s friends watched. It was a very traumatic experience.

There is one customer who paid me to go out with him because he didn’t want to sleep with me at my workplace, and I went with him, but when he opened the room, his friends were inside the room. /…/ There were three of them in total. When I saw he had his friends inside the room, I asked if he could bring me back to the shop and told him he didn’t have to pay me. But he wanted me to stay, and he said he would not do anything to me. They were on drugs, but I was not. Then the customer changed his mind and wanted to have sex with me in front of his friends, but I refused. He did not even care that his friends were right there, and when I refused, he put his gun to my head. He said that I needed to sleep with him. His friends did not even care about what happened to me. I wanted to save my life, so I let him do what he wanted to do to me.

When they were asked if they had a safety plan if someone tried to hurt them, most said they would do their best to survive – whether it be fighting back, running away or resigning themselves to the situation and hoping for the best.

“I just prepare my heart for that.”

Why are Boys Sexually Exploited?

The causes, risk factors, consequences and needs of boys who are sexually exploited are many and complex. Through this study, we found that welfare service providers and the youth themselves do not always share the same ideas or understanding of the issue.

Genital touching is a common practice in many local communities in the Mekong region, and often involves a parent or older relative grabbing, pinching, or kissing a boy’s genitals. 72% of the service providers listed this as one risk factor to sexual exploitation. While this usually happens in infancy and reduces in frequency as the child grows, it can blur the lines between what is okay and what’s not in people’s minds.

Adult Pornography Used to Groom Boys — and Blame Them

Other common risk factors for sexual exploitation listed by welfare workers were the exposure to adult pornography and children’s access to the Internet. These were things that young people did not see as contributing to their likely victimisation.

Viewing adult pornography can never be the cause or reason a child is sexually exploited — the adult is.

While ECPAT knows that easy access to adult pornography can normalise early sexual engagement, its impact should be critically considered. It is common that perpetrators share such content, also illegal child sexual abuse material, to normalise sex with children they are trying to groom. But assuming a causal link between young people watching adult pornography and being sexually exploited by adult perpetrators is at best inaccurate, and at worst, a form of victim-blaming. Arguing a child viewing adult pornography could somehow be why an adult exploits them is wrong. 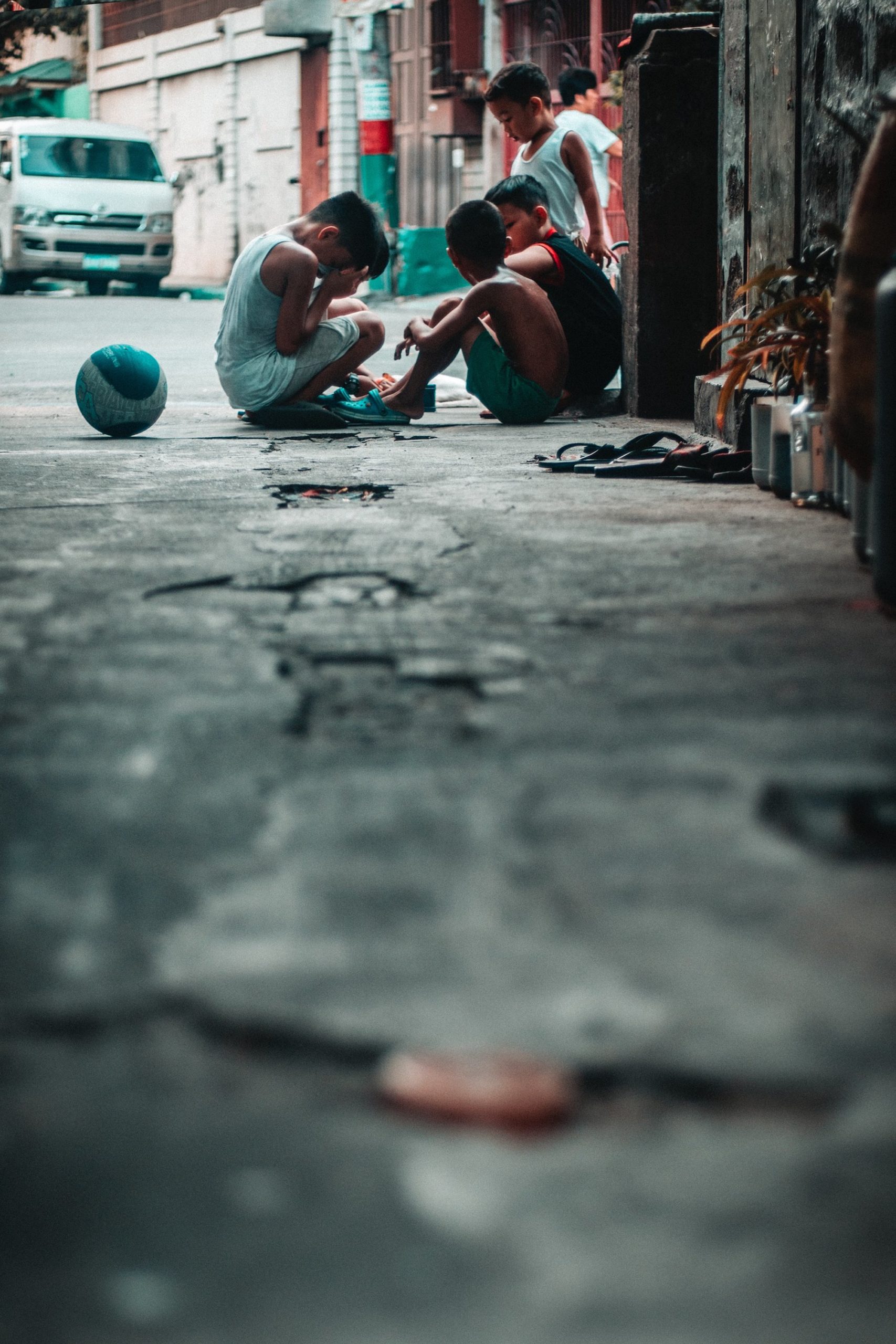 On the other hand, the young people interviewed said family poverty, familial violence, rejection and discrimination based on sexual orientation or gender identity were the most common reasons that drove them into exchanging sex. These factors might have initially led them to spend more time with friends away from home, and sometimes even to use alcohol and drugs. Often, young people also needed to exchange sex to achieve financial independence. 18 of the 20 young people interviewed said they would stop trading sex if they could.

They also expressed that the support services they needed were not the services they received. Economic support was, for example, the least available service. In Bangkok, 0% of the welfare workers surveyed provided financial support for families and caregivers, even though it could have prevented young people from exchanging sex. In Chiang Mai, on the other hand, 41% of those interviewed came from organisations that were providing this kind of support.

When given practical scenarios, frontline workers found it challenging to identify some cases of sexual exploitation of children, especially when the scenarios involved diverse-SOGIE youth. From the responses, an assumption that gay and transgender youth are more ‘naturally’ sexually promiscuous also made them perceived as less vulnerable.

A child can never consent to an adult sexually exploiting them.

Many frontline workers had an unconscious bias towards those children who may be ‘actively engaging’ in their own exploitation and were less likely to perceive that the perpetrators had committed sexual exploitation. ECPAT holds that a child can never consent to an adult sexually exploiting them, even though some people might argue that they are ‘choosing’ to ‘have sex’. Adults should never use children for sexual acts. Boys are often not seen as victims due to various biases. But let us be clear:

Most Services are not Equipped to Support Boys

For many survivors of sexual exploitation, it is difficult to talk about their experiences. Therefore, it is a fundamental requirement that frontline welfare workers know how to build trust and engage with them to encourage help-seeking and disclosure. The frontline workers we spoke to know this but are crying out for skills training as they struggle with ‘engaging boys’ and ‘providing confidentiality’ through their work.

Do you have anyone that you can turn to when you are faced with difficulties?

You pretty much have been relying on yourself?

Yes, I have to be independent. I don’t have any family members or relatives to turn to. They are all busy with work. They need to make a living. I have to take care of myself. I have to survive.

A Need for Better Legal Protection

Positively, our research found that Thai legislation is gender blind, meaning the law can be used to protect all children — regardless of gender. However, there are issues that need to be addressed:

It should never be possible to prosecute a child for ‘taking part’ in being sexually exploited in prostitution.

ECPAT’s report includes a long list of recommendations to properly address the sexual exploitation of boys and SOGIE-identifying youth. Thailand should design and deliver more needs-led services; increase the availability of boy-specific services and programmes; develop community training to addresses knowledge gaps and problematic attitudes about male and gender-diverse survivors; improve access to welfare services, and review the legislation criminalising sex work to better prevent children from being exploited in prostitution.