Terminology Guidelines: How do you say ‘sexual exploitation’ in Turkish?

ECPAT International and ECPAT Turkey recently took another step towards helping child protection professionals, police, social workers, media and lawmakers to better understand and communicate the complex issues related to child sexual exploitation and abuse – with the launch of the Luxembourg Terminology Guidelines in the Turkish language.

The Luxembourg Guidelines (full title: Terminology Guidelines for the Protection of Children from Sexual Exploitation and Abuse) were originally developed by ECPAT and a range of partners and adopted in 2016. They help those working in the field to navigate the complex lexicon of terms that relate to the sexual exploitation and abuse of children.

“Around the world, there is an absence of common terms to sensitively describe conduct amounting to sexual exploitation and abuse. This often leads to disagreement – which challenges law-makers, child protection agencies, media and civil society groups – and can lead to victims being stigmatized and hurt further.” 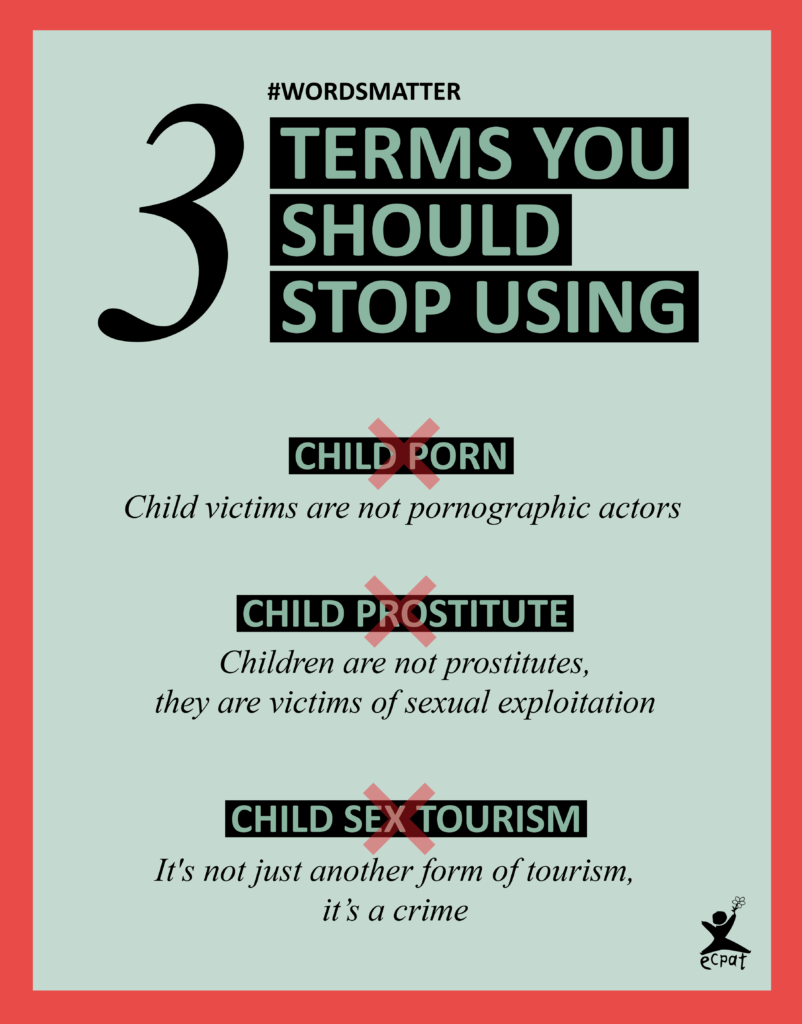 The Guidelines have also helped those working in the sector to build consensus on key concepts in order to strengthen data collection and cooperation across agencies, sectors and countries.

They are particularly important for media.

“When describing the sexual exploitation of children, irresponsible or ill-informed use of terminology can sensationalize the issue, stigmatize victims and make it difficult to raise awareness or facilitate enlightened discourse. It is important for journalists to never use terms that trivialize the issue – or that imply that a child has transactional agency or has provided some degree of consent.”

The English version of the guidelines includes a range of terms that are commonly used when describing the sexual exploitation of children, but that it is better to avoid, or use with caution:

The Turkish version joins English, French, Spanish versions of this important publication. It will be made available to major child protection agencies and organizations around the world, as well as to law-makers and the media.