“I Urge Everyone to Rise to This Challenge.”

Back in the 1990s, we rarely talked about these crimes. I remember in Sweden at the time, we did not realise that sexual exploitation was a reality for many children around the world. This led us — ECPAT International, myself, and the Swedish government — to take action and call for the first World Congress against the Commercial Sexual Exploitation of Children in 1996. It also led me to found the World Childhood Foundation in 1999. 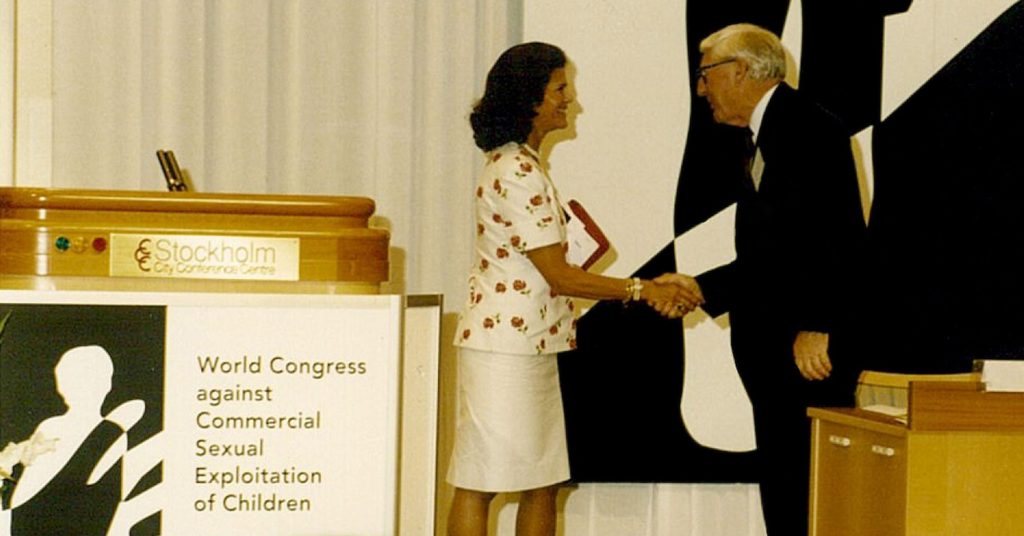 Since then, two more World Congresses have been held, in Japan and Brazil, putting the issue of child sexual exploitation onto the global agenda. ECPAT has since evolved into the world’s biggest civil society network, solely dedicated to ending the sexual exploitation of children. Its work has helped rescue tens of thousands of children. It has prevented horrible crimes from happening. It has changed laws and policies around the world. I very much admire ECPAT’s work and commitment that has let to so much positive change for children around the world.

“Children today are more vulnerable than ever and the number of child victims of sexual abuse and exploitation has increased.”

But today, on World Children’s Day and 30 years after the first global discussion, we are facing new challenges. Children today are more vulnerable than ever and the number of child victims of sexual abuse and exploitation has increased. Economic inequalities, political tensions and armed conflict have resulted in increasing global migration, with children being the most vulnerable on the trail.

Technology and the internet have made it easier for offenders to find and groom children, to exploit them sexually and to share, trade or sell images and videos of their crimes. And in the current COVID-19 pandemic, where schools have closed and kids have been locked down at home, children become more vulnerable and offenders become more active – both online and offline.

“Regardless of who you are, you can contribute to a better world for our children. I urge everyone to rise to this challenge.”

However, it is important to remember that technology also gives us fantastic new opportunities to network, collaborate, advocate, campaign and to protect children from these evil crimes. Regardless of who you are, you can contribute to a better world for our children. I urge everyone to rise to this challenge.

Please, join me and join ECPAT in ending the silence and let us turn our conversations into action. We can do it, but only if we do it together.