Op-ed by ECPAT Foundation in the Bangkok Post, September 12, 2018

In January of this year, the Department of Special Investigation (DSI) and armed soldiers raided “Victoria Secret” massage parlour in the Rama IX area of Bangkok.

Inside, they found 113 girls, many under the age of 18, who were being sexually exploited through prostitution. Four of the victims were Thai citizens. The rest had been trafficked from China, Laos, Malaysia and Myanmar. All were frightened, alone, separated from their families and in desperate need of appropriate legal and emotional support. 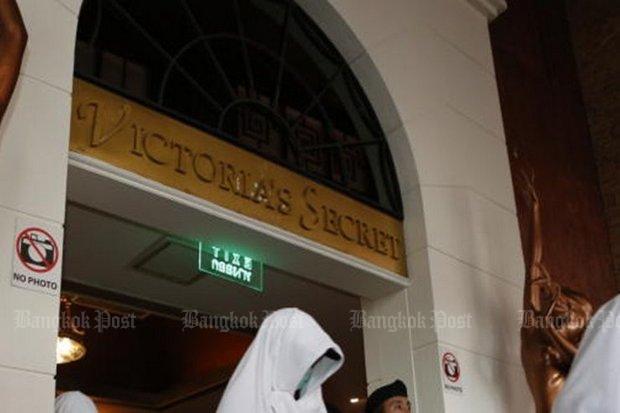 Sadly, this was not a one-off event. Like many countries, Thailand remains a place where children are sexually exploited on a grand scale – through prostitution, trafficking, in the digital/online world, and through the travel and tourism industry. But it is not all bad news. In the past decade, this country has worked hard, often alongside NGOs and international law enforcement agencies, to adopt a more professional and humane approach to tackling child sexual exploitation, gathering intelligence, and supporting victims. As a result, policing of this crime has improved significantly. Despite a deluge of cases, and multiple challenges, officers have become better at detecting the sexual exploitation of children and bringing perpetrators to justice.

But these improvements may be in jeopardy because early last week, in a reversal of a policy in place since 2009, the Royal Police Cadet Academy announced that it planned to stop accepting female recruits starting next year. Women may apparently continue to work in support roles or apply to join the police as investigators after completing a law degree. But a degree can be an expensive barrier to entry for many – and it seems unlikely that this concession will make up the recruiting shortfall or encourage diversity. Currently, only about 5% of police investigators are women.

This is not just an issue of gender discrimination. We at ECPAT are alarmed at this backwards step. Despite their already low numbers, female police officers play a key role in the processing of child sexual exploitation cases, including prostitution and trafficking. All police are trained as “generalists”, but many female officers end up being disproportionately occupied with gender-based violence, sexual assault and family violence cases. This can give them the necessary skills to make sure the victims of child sexual exploitation are treated in a respectful manner, and offered support so their rights are respected.

Investigating child sexual exploitation can be tricky. Several studies show that while children can be victims at any age, in Thailand most of the children being sexually exploited through prostitution are aged 15-17. Often, they don’t see themselves as victims. They act like adults, and the police often erroneously treat them as such. Sometimes, it may be only the officers armed with proper training or experience in child rights who are able to investigate such cases with the required degree of professionalism. And of course, these victim-focused investigation skills are even more critical for younger children who may face greater vulnerability.

Police officers must take care to ensure children are not re-victimised, that their physical, social and emotional needs are met – and that they are never aggressively interrogated – or treated as though they have done something wrong. Cultural issues must also be taken into account. Research shows that girls especially may find it more difficult to report their crime to a male officer – and that female victims are often better able to open-up to female investigators. Thailand needs more officers skilled in tackling this scourge – and this means more, not fewer, female officers.

There is already a paucity of these vital and highly skilled female officers on the force. In light of this new “ban,” how will the Royal Thai Police deal with this capacity gap?

All countries in this region are destination, transit and source countries for the trafficking of children for sexual purposes; all see too many children sexually exploited through prostitution and by travelling child sex offenders; and all are tackling a proliferation of child sexual abuse material online.

We are dealing with a regional epidemic. In recent years though, increased political will, better training – and improved efforts by the Thai authorities to implement greater legal protection for children, and to be more sensitive to the perspectives of victims – have made Thailand an amazing example for other Asean countries to follow. The manner in which Thailand tackles this crime has become an exemplar of regional “best practice”.

This is something all Thais should be proud of. However, there is no doubt that the government’s latest move to reduce gender diversity in the police force risks reversing these hard won gains.

In the end, having fewer female police officers might mean that more children will suffer the horror of child sexual exploitation – and less perpetrators will be caught.