At a conference held in Durban, South Africa, representatives from the travel business say they will increase efforts in Africa to tackle the sexual exploitation of children that occurs through their industry.

“Travel now employs hundreds of thousands of Africans and has the potential to lift millions more out of poverty. However, as people explore more of the world, so too do traveling child sex offenders who would harm children by exploiting or abusing them. Airlines, hotels, bars, restaurants and even online booking agencies must step up to the plate to protect children by adopting a zero tolerance approach,” said Mr. Sibusiso Mngoma, Director of Tourism at Durban Tourism.

Nngoma’s comments come as travel focused businesses met with ECPAT, African governments, police, NGOs and the UN to discuss how to better protect children from this crime and commit to long-term action. Tourism has become a principle export for many African countries and is now vital to the region. The industry has more than tripled in size over the last 20 years and the number of international arrivals is forecast to double by 2030. However, the rise of the industry has also made it easier for offenders to exploit children. 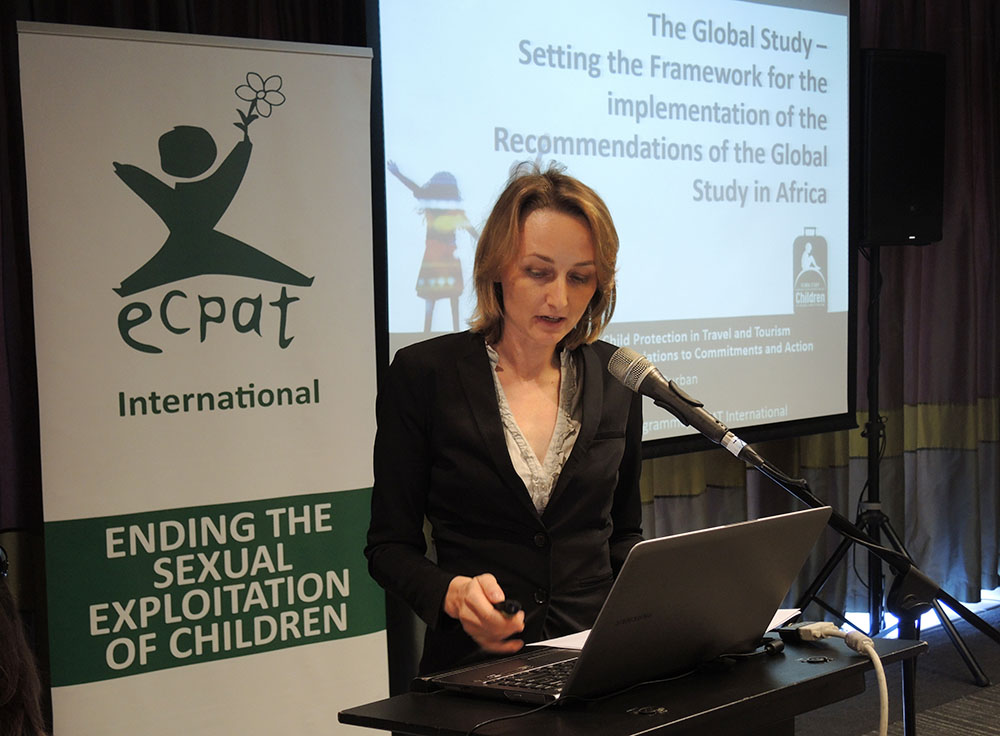 “Traveling child sex offenders often take advantage of poverty, social exclusion, weak laws and impunity. Victims can be exploited anywhere, including restaurants, hotels, bars, and massage parlours; on the street and in private; and at night and in broad daylight. No part of Africa is untouched by this crime, as no region nor country is immune,” said Gabriela Kühn, Head of Program at ECPAT for the Sexual Exploitation of Children in Travel and Tourism.

“The travel and tourism industry stands ready to work with the UN, governments, NGOs and tourism marketing boards – among others to end this crime. Leading figures in the industry in Africa, including my company, have already committed to measures to protect children, such as training our staff on human trafficking and child protection, and today we double down on this commitment and agree to further action,” said Mr Abel Alemu, Regional Manager for Southern Africa, at Ethiopian Airlines.

Child protection not a priority in tourism development

Few countries in the region have effective legislation to stop or deter travelling child sex offenders – and the challenges are huge. Despite efforts by governments and others, child protection is often not prioritized in tourism development plans from the outset and there is limited emphasis on child protection in training and everyday operations of tourist focused businesses.

Adding to the risks is increasing innovation in the tourism and travel industry. For example, the Internet has helped reduce costs and increased travel options for millions, but it has also allowed travelling child sex offenders to groom children, film child sexual abuse images, and share them online. At the same time, “voluntourism,” especially in orphanages has afforded traveling child sex offenders access to vulnerable children in some countries.

The participants of Africa Conference on Child Protection in Travel and Tourism.